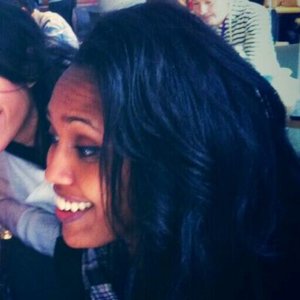 I get a lot of questions about my bootcamp experience. Here are the answers to the most frequently asked questions I get. Hope you find it helpful.

Why did you pick ruby?

I did a lot of research, and found that ruby and python were two of the most beginner-friendly languages. Between the two, ruby seemed to be more popular and was being taught by most of the bootcamps. There was a strong community and great online resources to learn from, and so I dove in.

Why did you decide to do a bootcamp?

I like immersive learning experiences. It allows me to focus and dive deep. Between learning to code on the side and learning to code full-time, I felt that coding full-time would give me a higher long-term return on my investment. I also found much of the material online to be directionless. Nothing seemed to really come together or lead anywhere concrete. I didn’t know if I was learning what I was supposed to, and where it would get me. I wanted guidance. I wanted a roadmap. Going to a bootcamp gave me that roadmap and the opportunity to focus.

Why the Flatiron school?

Because I believed they would take care of me. No, not in terms of getting a job (more on that later), but in that I felt like they understood my liberal artsy background, and would help me leverage that into understanding programming. They had a great promo video, and something about it connected with me. Unlike other schools that kept trying to make me into a ninja, they seemed to be just fine, if not excited, about who I was, and wanted to add programming to my arsenal.

I did a ton of research on the dean, Avi Flombaum, and I trusted he was a good teacher. He’d been a professional developer, a CTO, started a tech company, taught online, taught at General Assembly, and then founded the Flatiron School. I knew I wanted to be taught by someone with professional experience, and I trusted that his experience as a software developer and his years of teaching would result in a quality, focused education.

In retrospect, I was pretty naive. I should’ve asked for a curriculum, a syllabus, talked to employers who had hired their students. I didn’t do my due diligence, mostly because I was so enamored with the idea of getting to spend all my time learning to code. Given the popularity of these programs, and the lack of standards across them all, I highly recommend doing more research into the bootcamp you’re interested in.

Ask them for a syllabus, a curriculum. More importantly, ask how they decide what to teach their students. If they dodge the question with claims of being agile and iterating too quickly to have a real curriculum, I would consider that a red flag.

Hard. Really hard. I had the luxury of focusing on nothing but the bootcamp, and I coded at least 12 hours a day, usually more, including weekends. The only break I had was Thanksgiving break, when I burned out and stayed away from screens for four days. Class started at 9AM and officially ended at 6PM, but few people left at that hour. I usually stayed until about 9PM, went home, and kept coding untill I passed out around midnight.

There were many tears and high-fives, two emotional breakdowns, and tons of learning. I doubted myself countless times, and slowly proved my demons wrong. Every time I accomplished something, the next thing would feel impossible, but then I’d conquer that too. Rinse and repeat.

The TAs were great. The three we had were all professional developers before teaching. I loved hearing their work stories, and how the simplified classroom concepts we learned translated into real life scenarios. I loved that they were all developers in the field, and showered them with questions whenever I could.

I am a relentless student. I sit in the front and ask all the questions. My right hand lives in the air. We had about 100 hours worth of pre-work before the bootcamp started. I did that pre-work twice. When I sat in lecture, I was hearing those concepts for the third time. I had the pleasure of exploring the nuances and implications of those concepts, because I’d already done the hard work of wrapping my head around them. I don’t play games with my learning.

There were people in class who hadn’t even finished the pre-work once. I don’t think they got as much out of it as I did.

Do you recommend doing a bootcamp?

The only right answer to this is “It depends.” Anyone who gives you a definitive yes or no is lying to you.

The first thing you have to consider is the cost: Learning to code cost me $11K and six months without a job (I quit my job three months before the bootcamp started to learn to code full-time). For me, that was worth the investment. For you, it may not be.

Assuming you’re ok with that price tag (some go as high as $17K), then the next thing to consider is: Do you have the time for it? If you plan on learning strictly between 9PM and 6PM, and you have other things to do outside of that, then I personally don’t think you’re getting your money’s worth, especially if your goal is to get a job at the end of the bootcamp. There’s so much material to cover in such a short time period that you need all the hours you can for it to really settle. There were a few people in our bootcamp who couldn’t put in as many hours as I could, either because of family, part-time jobs, running a business, etc. I’m certain they didn’t get as much out of it as I did, purely based on the hours put in.

No one’s going to check in on you and make sure you do your homework. As such, you get as much out of it as you put in, so how much can you put in?

But let’s assume you are able and willing to put in a ton of hours. The next question is, what are your expectations? I did not go to a bootcamp because they promised me a job, or bragged about their high job placement rates. Frankly, I don’t think those job placement rates say much about the quality of the school. I think they speak more to how desperately people are in need of developers than they do how good the school is.

I also don’t like the idea of being hired by a company that’s partnering with my school. So many conflicts of interest there. When a bootcamp has hiring partners, they’re usually taking a percentage of your salary as part of the agreement. That incentivizes the school to get you a job with their hiring partners and to do it as quickly as possible, because that’s an additional source of revenue for them. That means they are less likely to prioritize my needs, my salary, and what I’m looking for in a dev job. I don’t trust that process, and I don’t want any part of it.

I went into my bootcamp experience seeking nothing more than a solid, educational foundation in programming, and I gladly assumed the job search was my responsibility. Separating education and finding a job was easy for me, as I have a decent network in tech, and am very comfortable pitching myself, cold emailing people, and doing whatever I need to prove myself and move forward in my career. I did not feel comfortable entrusting a bootcamp with that responsibility.

The other thing to consider is how much control a bootcamp has over the hiring process of another company. Even if they have done a great job of placing students in their dream jobs in the past, how can they possibly guarantee that they can do it again? They may have hiring partners, but they don’t control what jobs are open, what those jobs require, how much they pay, etc. However, they can control their own curriculum and how well they prepare me for the real world. I would rather entrust them with something I know they can guarantee.

If you are expecting a bootcamp to give you a dream dev job at the end, I think you have a much higher chance of being disillusioned when you get there.

After considering the above and more, let’s assume you’ve decided to go to a bootcamp. How do you decide which one to go to? I think it’s very important to be taught by people who have actually worked as developers for years. I would be very wary of schools that were started and/or are being taught by people who just graduated from a bootcamp. There are plenty of those, and I am doubtful of the quality of the education you would get there.

I would talk to as many of their students as possible and get information on their experience. I would refrain from asking questions that are subjective, like “Were you happy there?” I would look for facts and form your own conclusions. Find the companies their students are working at, and ask those companies how hiring a bootcamp grad has worked out for them. That will tell you a lot about the school, it’s level of job preparation, and what companies are looking for.

Was it worth it?

Yes. I got a good foundation, the roadmap and focus I was looking for, and ended up with a community of people who took the journey with me and are now close friends.

Did you get a job when you graduated?

It was easy. We had a science fair where potential employers came and we showed them what we built and how we built it. Most of my classmates had 2-4 apps to show. I had one. My app was beautiful. And more importantly, I knew how to talk about it.

I took my one app, and outlined a narrative arc: how I came up with the idea, the problem I was solving, the technical challenges along the way, how it all came together. I made sure to prepare some code to show. I had talking points on things I’d do differently and lessons learned. People love lessons learned.

I also knew how I compared to my classmates. I knew that I had my cartoons to leverage. I knew that everyone else would focus the conversation on the code, but let’s be honest: nothing we made after learning to code for 3 months was going to impress these programmers who’ve been at it for years. So I didn’t focus the conversation on the code, I focused on the process.

I got six interviews from that science fair, and had an offer that I accepted before I graduated from bootcamp.

Anything else you want to know? Ask me here.